Sudha Kuruganti has been writing since she was a kid of thirteen, first starting out by writing fanfiction of questionable quality. She’s now working on a novel. She loves books, anime, coffee, chocolate, manga, Beatles music, and dogs. Not necessarily in that order. When she’s not writing, Sudha works nine-to-five at a multinational organization in Gurgaon, India, dealing with corporate communications. In her spare time, she loves reading, working on various DIY projects, trying out new cake recipes and blogging.

After a nerve-wracking wait of three weeks, here I am, posting this exciting and mellow Q&A with Sudha Kuruganti, author of her debut novel Dark Things Between the Shadow and the Soul: Fractured Fairy Tales from Indian Mythology. She’s a super-cool person and I feel blessed to have read her incredible book and fan-fiction on her blog. Totally made me feel at ease and she freaking watches SUPERNATURAL! (NEED I SAY MORE?)

Let’s dive right into it then, shall we? (Here’s my review of the book.)

How did you conceive the idea of writing contemporary short stories based on Indian Mythology and what did it take to materialize into the book you’ve published today?

The book had its roots in Supernatural, a TV show that I enjoy watching. One of the pivotal episodes in the fifth (and final season to the story arc) depicted Indian gods in modern day USA—and while I enjoyed seeing gods I knew on screen, the ending for their story disappointed me.

I wanted to see more of that—figures from Indian mythology in modern settings, age-old gods and demi-gods dealing with a life where just one little twist had made things different for them. The idea of mythology fanfiction fascinated me.

I started out by writing a story a week, based on a set of fantasy writing prompts from a writing website. I posted the stories on my blog every Friday, and soon I had built an audience. At the end of the year, I decided to collect the best stories into an anthology. When I started out, I didn’t realise how much work it would take to self-publish—and do it well!

The title – Dark things between the shadow and the soul: Fractured Fairy Tales from Indian Mythology is quite intriguing. What made it click?

The title is from one of my favourite poems, Sonnet XVII from One Hundred Love Sonnets by Pablo Neruda. The original line is from a translation by Stephen Tapscott, “I love you as certain dark things are to be loved/in secret, between the shadow and the soul.”

I think it captured the essence of the book—something that’s not easily defined, a sense of mystery lurking between the known and unknowable. Given that the genre of the book is so fluid—mystery, thriller, paranormal, horror, romance—all based on Indian mythology, I felt it just fit.

What kind of research did you indulge in to write this book?

I’ll admit that I didn’t do too much research! I tried hard not to fit the mythology to my stories, I wanted the story to flow naturally and not seem like a force-fit.

I’ve always loved stories from mythology, so I know quite a bit about Indian mythology to start out with. When it came to getting a story ready for each week, I would let the writing prompts sit around for a week, which is when inspiration would strike. It would all flow very organically, from inspiration to idea to a link to Indian mythology.

Dark Things is a retelling of the age-old stories from Indian myths and epics with a modern–day twist. Do any of the characters bear similarities to people in real life?

Not even a little bit. Some of the stories feature gods and goddesses in the modern day world, but some also just twist the well-known myths themselves with one tiny change from the original—what if a hero from the mythology we’ve grown up with was really secretly evil? How would a legend from mythology have played out if it had happened in real life, with human beings? These were the questions I tried to answer with characters I made up for the book—none of the stories have any relation to anybody or anything in real life.

Plunging into the writing/publishing world can be an experience filled with mixed emotions. How did you handle it all since this is your very first book?

I’ve always wanted to have a book with my name on it—and since I live half of my life online, I thought I’d take the plunge and self-publish. It’s not as easy as it looks! There are so many things to get right—editing, cover design, formatting—and then, of course, sales and marketing, which isn’t a piece of cake when you’re on a shoestring budget. I’ll be honest, there is a sense of disappointment when your first book doesn’t do as well as you hope it will, because everyone wants to be an E. L. James or a Hugh Howey!

Then of course there’s that immense sense of pride at finally getting the book out into the world where it can go out and become part of someone else’s life—like it has yours! It’s a wonderful feeling when one gets good reviews—it’s great to know that something I created made someone smile and made them happy.

Juggling your blog and writing projects, how’s that like?

Not easy! There are days when I come home from work and can’t write a single word. About anything. There are months and months when my blog languishes in the doldrums with no new posts. (Like right now. Eeep.)

And then there are days when words just flow from my mind to my fingers to the screen and I can’t write fast enough to keep up with my thoughts. The challenge is to make sure that there are more of the latter than the former.

With a first draft I just write exactly as I hear the words in my head. I try not to stop the flow of the words when they come. When it’s all down on paper, as it were, that’s when I need to go back and edit, rewrite, redo and fix any errors that jump out at me on the first read.

How do you cope with writer’s block?

Not very well, I’m afraid. One of my fan-fics has been left unfinished for a long time now, and it took a similarly long time for me to get started on the rewrites of my novel. When I’m in the block, it’s like I’m struggling to walk through wet sand. Every word is a struggle, every sentence a battle. But you have to keep going. Whether it’s a month later, or a year later, you have to start writing again. And one day it will come naturally again.

Some of your all-time favourite authors and books.

I love all the Discworld books by Terry Pratchett, but my favourite is Nightwatch, because I love Sam Vimes as a character. Another favourite is Dandelion Wine by Ray Bradbury. Coming to the others, there are too many to list—childhood favourites and books I can read again and again, like Daddy Long Legs, Anne of Green Gables, TickTock and more.

What do you do in your downtime?

There’s a book of Rumi poetry that I’m currently working my way through. It’s beautiful imagery, but it takes some time because the words need to percolate in my head so I can really get what the poet is trying to say.

Are you working on anything right now?

I’m currently working on my first novel—a paranormal thriller about an ordinary girl caught in a deadly situation. Here’s a short synopsis:

When Bhavani first hears someone knocking from inside her mirror, she thinks she’s lost her mind. Trapped in an unbearable home life, stuck in a dead-end job; she’s sure the pressure has finally caught up with her. But the being from the mirror promises to set her life right, and Bhavani thinks to herself: what has she got to lose?
And at first, everything’s perfect.

As time goes by, though, it becomes clear that Bhavani’s reflection isn’t what it seems. It has needs of its own—and some of them are decidedly bloodthirsty.

You can read more here: http://coffee-clouds.com/upcoming-novel/
~

That’s it folks, thanks for sticking around! You can check out more of Sudha’s work here. Follow and interact her on the social media pages: Facebook and Twitter.

Note: The author blurb is borrowed from Goodreads. 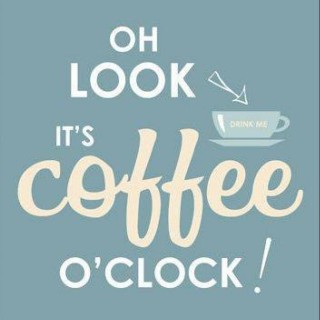 I gorge coffee and books. An amateur poetess and short story writer. When I am not writing, I cannot shut up about Superheroes and Sherlock.

Stalk me on FB

Stalk me on FB

These original works solely belong to Aaliya Thahseen and is licensed under a Creative Commons Attribution-NonCommercial-NoDerivs 3.0 Unported License.

Monthly Festival : Turn your book into a movie and get it seen by 1000s of people. Or garner FULL FEEDBACK from publishers on your novel and help your next draft. Or get a transcript video of your novel performed by professional actors.